A strong advocate is important in every brush with the law.

In 2016, New Mexico showed the highest property crime rates in the country. We have challenges with substance abuse and socioeconomics, but we also sit at a geographical crossroads of major interstate highways that are popular with drug traffickers. Politicians of every stripe in New Mexico are promising to fight back and focus on cracking down on violent crime and repeat offenders. We all want to live in a safe community, but aggressive police tactics often ignore the fundamental rights of an accused person.

New York City Mayor Rudy Giuliani is probably the best known advocate for so-called “broken windows policing,” where police crack down on minor offenses like vandalism, because it encourages less more serious crime. The idea seemed to work, since as New York City became much safer. If you look into it though, crime also fell everywhere else in the country. Most experts say tough policing may have helped, but crime largely dropped nationwide because of demographic changes, an improving economy, a break in the crack cocaine epidemic, and increased prison terms for repeat offenders.

The rights of the accused can fall by the wayside during aggressive policing efforts. An experienced lawyer can fight for your rights to remain silent, to have a speedy trial, to fair release terms while awaiting trial, and to security from unreasonable police searches. A criminal lawyer in New Mexico can help protect your rights.

Anyone accused of a crime must understand that the outcome of their case is likely to be determined in an informal negotiation with the prosecutor. Many people charged with a crime imagine defending themselves in front of a jury in a dramatic courtroom battle. If your case goes that far, then you certainly want an experienced trial lawyer on your side. You also want an experienced negotiator. Research shows that in some areas 81% to 97% of convictions were the product of guilty pleas.

Finding a criminal lawyer near me

Attorney Shaharazad spent seven years as a prosecutor negotiating and, when necessary, going to trial on criminal cases in New Mexico. If you need a criminal lawyer in New Mexico, then call us for a consultation. 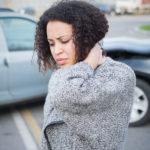